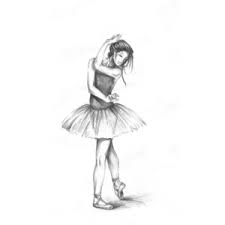 There I was.  There they were – all twenty-nine cast members to be choreographed in the musical Godspell.  The musical was written for thirteen people, but this being high school, the more students the better.  To make matters even more intense, this was to be my first attempt at choreographing a high school musical.  It might not have been any different except for one prime factor – teenagers.  I looked at them as they sized me up and down as if to ask, “Just what does she think she can do for us?  She doesn’t even look like a dancer.”

Panic set in.  Memories from another time in my life, the first time I had ever felt that same sickening feeling in the hollow of my stomach surfaced.  They bubbled to the forefront of my mind sending me back in time.

“Name!” snapped the receptionist behind the desk at the Ballet School.  A timid response escaped my lips.

“Take the stairs to the right, all the way to the top.”  With all of the courage an eleven-year-old girl could muster, I turned and walked toward the stairs.  From the top of that staircase, the one that would become a beloved ritual three times a week, I heard piano music beckoning me.  The smell of the school was the same smell that any old building acquires after fifty years of standing sturdy and used: a kind of musty, dirty, aged smell that speaks of wisdom and greatness – wisdom from all those who taught there and greatness from all those who studied there.  I was going to be one of those students.  How delighted I was at the prospect.  After years of begging my parents for dance lessons, I was finally becoming a dancer.  With that in mind, the desire outweighed the fear, and I climbed quickly to the top of those very steep stairs to discover another hurdle.

The teacher was beautiful, with striking blue eyes and jet black hair pulled into a chignon at the nape of her neck.  Her eye-liner and lip color were dramatically applied reminding me of a porcelain doll.  Her back was straight as if a ruler had been glued to her back bone, and she walked with her feet and legs turned out in the manner of every properly trained ballerina.  Her black leotard smelled of Jean Nate’ Body Splash and she sported a cane.  Her graceful demeanor was enhanced by the filmy black rehearsal skirt she wore, and I loved her.  I didn’t know her, but I loved her just the same.  Through the eyes of an eleven-year-old girl, she was the Ballet personified.

As I shyly stood at the studio door, my new instructor welcomed me warmly and placing her hands on my shoulders maneuvered me to my place at the barre’.  It was then that I became all too aware that there were only two other students in that class my age.  All of the rest were five or six years old.  I compared myself to them.  How humiliating.  It just took my parents so long to let me take dance, and it was weird.  I wondered whether I should leave, but I had waited so long to be here.  It was too late, the music had started.

“Demi plie’ and releve’ …,” hummed my teacher, while beating the floor in time with her cane.  Darn if that five-year-old in front of me isn’t good.  I wonder if anyone has ever been arrested for slaughtering classical ballet technique.  My mind wandered recollecting the dancers my mother took me to see in every ballet performance we attended and I desperately wanted to be that accomplished, but now it was just a matter of keeping up with the cane’s rhythm.

The music kept on and on.  My hands were sweating and my muscles ached.  We progressed from one barre’ exercise to the next.  The smell of perspiration mixed with rosin and wood permeated the air.  Looking into the mirror, I compared my undisciplined, dough-boy body to that of my teacher’s firm classical form.  I was ready to give up when she came over and patiently rearranged my arms and legs.  Then she whispered, “Keep it up, you are on your way.”

What was that?  Was I dreaming or were those words of encouragement?  She was wonderful.  The state of euphoria I felt puzzled me. As I flew down the stairs after class, I will never forget the feeling of confidence that this one individual instilled in me.  With those few compassionate, understanding words, and sustained patience that followed, she led me down a forked road.  I discovered not only dance, but another way to embrace people.  The art of teaching became as equally important as the freedom I experienced when dancing.  Some day those gentle traits, lost in the depths of my soul, would surface …

… And there they were and there I was.  Peering into that sea of faces, I sensed insecurity, awkwardness, arrogance, and even belligerence.  Twenty-nine gum-chewing, acne-face, hip-slinging, hair-sprayed, sneaker-footed teenagers waiting for me to make the first move.  Whatever they were, they were my students and by virtue of that fact alone, I owed them.  I owed them the best of all of my talents.  I suddenly felt committed to the patience, compassion and understanding required of any decent teacher.  They deserved nothing less than the treasured legacy she left me, and who knows.  Maybe someday one of those students may look back and remember, and her legacy will live on forever.